“Learn from yesterday, live for today, hope for tomorrow. The important thing is to not stop questioning.” 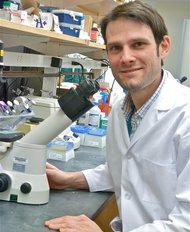 Our scientific interest lies in understanding the role of the immune system in cardiovascular disease and how modulation of the immune response affects disease outcome. It is now widely accepted that inflammatory cells function critically in the development of atherosclerosis and healing of myocardial infarction. In particular monocytes expand during disease, infiltrate lesions and give rise to inflammatory macrophages. Macrophages also accumulate via local proliferation. Cells of the adaptive immune system, namely T cells and B cells, modulate disease progression. While some T cells, e.g. Type 1 helper cells, are thought to drive atherogenesis, others, such as T regulatory cells, suppress inflammation. Likewise, B2 and IRA B cells have been shown to promote atherogenesis, while B1a cells protect from atherosclerosis. In this respect cardiovascular disease progression likely results from an imbalance of pro- and anti-inflammatory forces. Consequently, shifting the balance towards anti-inflammatory immune responses has the potential to slow or even revert disease without jeopardizing the immune system’s ability to fight infections or malignancies. Most of our current therapies, however, focus on modulation of risk factors such as hyperlipidemia and hypertension, inhibition of platelet aggregation, and interventional revascularization and thus lack a genuine anti-inflammatory approach.

The goal of our research is

a) to identify the inflammatory processes responsible for the imbalanced immune response in atherosclerosis,  myocardial infarction

and other cardiovascular diseases and

b) to define feasible targets for immunomodulation to restore proper resolution of inflammation. 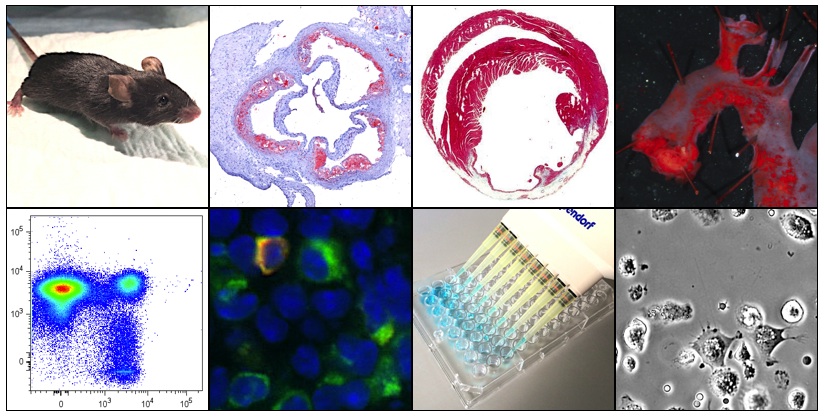